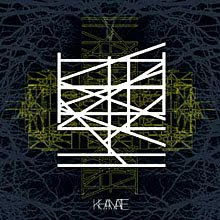 It's about time I shared an unusual little personality disorder with you, the presumed reader: annually, if not bi-annually, I slip off my avant-dork coil and recede into the most harmless cache of my music collection - namely, a stew of nostalgia-overloading pop punk, ska-punk, and indie rock. In this exclusive time span, I become what the snottiest of the hipster cognoscenti might consider a music wastrel, jiggling my angsty hindquarters to the emotionally resonant crash-n-scream of The Broadways, Discount (who I actually did a post on), Archers Of Loaf, Lucero, Defiance Ohio, Assorted Jelly Beans, Crimpshrine, Scared Of Chaka, Common Rider, and even a brief encounter or two with fucking Alkaline Trio (I know, shut up).

Now I know what you're thinking: "Steve, who the fuck cares? Why be embarrassed by anything you listen to (except Alkaline Trio, you giant vagina)? Music is there to be enjoyed, not for status" - and you'd be right! There's no reason to be embarrassed by anything I enjoy, but that's what hits me as so fucking strange - it's not that I'm embarrassed to tell people I like this stuff, it's the fact that I DON'T EVEN REMOTELY LIKE half of this music when I'm not in the aforementioned pop punk/ska/folk punk/indie phase. Confused? I am too! There are a handful of artists I flog in these yearly dark ages I would defend any day of the week (The Broadways, Operation Ivy, Discount, early American Steel, Pavement, Boris The Sprinkler, J Church etc...), but then there's the other stuff - the stuff that has no real musical merits that I know sucks ass even when I'm listening to it heavily. This category includes The Lawrence Arms, Doughboys, Fifth Hour Hero, The Lillingtons, This Bike Is A Pipe Bomb, Built To Spill, and a zillion other lame-beyond-comprehension musical nadirs who happen to write a few super catchy tunes in relentlessly stupid fashion.

Why bring this up now? To explain the lack of entries, primarily. I started this blog to detail my adventures in the wild-n-woolly - free jazz, RIO, no wave, ethno-whatever, psychedelic, noise rock, just plain noise, drone, lost gems, etc - while keeping the rest of my library on the sidelines. I'm beginning to rethink this stance, though - why halt entries completely just because I'm not getting a headache from some Brotzmann squawk or Solmania shriek? THINGS ARE GONNA CHANGE AROUND HERE - just not right now, since I'm totally diggin' some Sun Ra as I type this.
Anyway, now that we got that drivel out of the way, let's talk about the album above (way above) - New York's drone/doom juggernaut Khanate's debut. Back in late 2006, I was wading through the gloomy jungle of doom and sludge metal (of which I'd only made excursions into via Dystopia and Man Is The Bastard previously) when I read a largely negative review of Khanate's self-titled debut on Teufel's Tomb (a metal review site I have a history with). It essentially dismissed the record as too slow and too heavy for staff member Double D's to enjoy. Being a sucker for the utmost extremes of any genre, I excitedly downloaded a sample track, the suffocatingly dense and sick-as-a-mutha' "Skincoat" - a near 10 minutes of feedback, disjointed sub-Burning Witch riffery, and some of the most harrowing and utterly disturbed vocals I've ever heard. After the 9 minutes and 40 seconds elapsed, I was fucking SOLD and hurriedly ordered a copy o'er the web.

No surprise, the rest of the album was just as good, albeit far less accessible than the sample track (if you can believe that after hearing it). The guitarwork is the cornerstone here, alternating between crushing, sub-zero BPM riffage, bursts of feedback, passages of echo-y twang a la Hex-era Earth, and even a few malnourished, skeletal, and quiet melodies rendered even creepier by the juxtaposition of a faceless bass growl rumbling in the distance. Pretty much any Khanate enthusiast will tell you the real hook here is former O.L.D mouthpiece Alan Dubin's unbelievably psychotic yelps and sputtering whispers, and I'd have to agree. If you're familiar with the aforementioned grind band's Old Lady Drivers LP, imagine the cartoonish psychobabble elicited at a third of the speed and heavily enunciating quasi-abstract lyrical blurbs of pain, hatred, and unconscious insanity. Throughout the album, little whispered words are looped and distorted to great effect amongst the quieter portions, especially the three-and-a-half minute interlude, "Torching Koroviev". Also, no covers of Eric Clapton's "Cocaine"*.

The 4th track (of five) is perhaps my favorite, albeit not a track I've been man enough to listen to outside the context of the album. "Under Rotting Sky" is perhaps one of the most deadening pieces of music I've ever heard, with the riffage slowing to such a crawl that it forgoes any semblance of melody or rhythm towards the conclusion and edges close to pure, discomforting, abstraction. Alan's crazed exclamations about strangulation of himself and another with a "blanket of you" escalate this track into a number one hit for cocktail parties. Try listening to this album while biking through your quiet little town at midnight. It's funny how vulnerable it can make you feel.

Hey, I have a fun idea! To get all Julian Cope/Pitchfork-y for a second, let's make a pretentiously artsy and largely visual interpretation of this album's sound. Okay, here goes: a rundown farmhouse in a barren field. A series of mindless daily endeavors delivered with unhealthy precision. A sole inhabitant falling through a delirium of anti-social anxieties and insatiable obsessions. A corpse redressed and positioned at a dinner table. Self loathing complimenting a god complex. A massive UFO abducting all the world's styrofoam before jettisoning into the nearest star. A single woman breaking the heel off her designer high heels. A sentient pineapple. A boxer accused of

In conclusion, I will never make any money through artistic means in this lifetime.