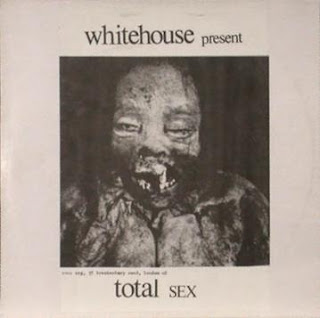 ...so yeah.
It's been a while, but well... I've been preoccupied as of late. Primarily because my hands have been tied up in not updating. Also: wow, has anyone seen the 1998 version of "Psycho"? Anne Heche looks like sheer human perfection despite the gaudy outfits she seems to be adorning in every scene - a seriously astounding bit-for-bit incarnation of my "ideal female". I'm not vapid enough for my "ideal" of the opposite sex to rest in the purely physical realm, of course, but if pressed to put a face to it, I have a pretty established concept that happens to look a lot like Anne Heche in this movie.

Also: this remake isn't very intriguing. How could anyone with a soul put so much time and money into creating a frame-by-frame remake?

Say! Speaking of treating women like objects, I've relapsed into another harsh noise phase in the past weeks, and so far, Whitehouse is still sweatin' in the ring. I sort of figured the listenability of a bunch of histrionics alternating between eardrum rattling whistling noises, warbling lows, and gurgly sloshes would get stale by the third cycle, but whuddyaknow, it holds up better than ever. Total Sex is the group's second LP release I believe, and while not quite as brainsquelchingly harsh as "Dedicated To Peter Kurten; Mass Slayer And Sadist", it's still pretty friggin' good, and definitely a great gateway into the power-electronics genre.

As an aside, this is one of the few albums I can listen to with some sense of coherence whilst mowing the lawn (something relatively difficult to do with say, The Necks or Steve Roden), so if it's a disturbingly dark, headache-inducing grass-trimming you need to get your gears 'a turning, feel free to thank me (with your social security number).
LASTLY:
I feel like a 2 month plus hiatus is long enough, so expect regular updates from this point on.

No, seriously this time.
Posted by Steev Hyooz at 8:28 PM 5 comments: